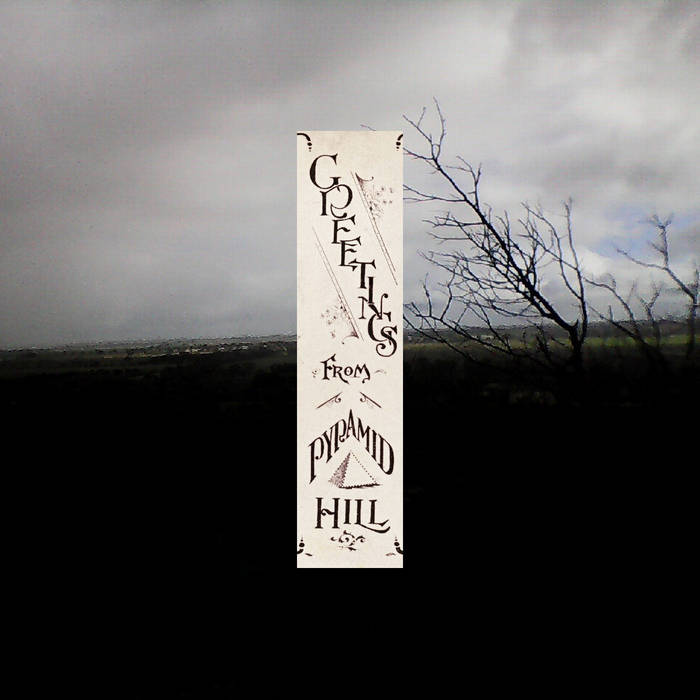 The song Ghost Upon the Hill was written to accompany the Pyramid Hill Tragedy 1906 (Digital Death Trip Investigates) instalment of the This Must Be The Place podcast.

It’s an acoustic recording of a song written for and about the podcast research, and also for the Writer’s Block song writing night at the Lomond Hotel. Plus is it's inspired by/modelled on the perspective of the country song "Long Black Veil".

The first episode of the 3 linked podcast episodes can be found here:
soundcloud.com/david-nichols-738987609/the-pyramid-hill-tragedy-1906-the-lie-of-the-land-digital-death-trip-investigatesep-1-of-3

Info on the podcast and, by association, the song:
This episode of This Must Be The Place is part of the Digital Death Trip segment, where we investigate geographically themed ‘tragedies’ selected at random by the custom-coded ‘Digital Death Trip’ bot. The code uses the API to the National Library of Australia’s Trove archive to randomly select a Victorian town, then a random so-called Tragedy from it. It compiles a case file, then Liz follows up with some research about the incident, its place and time.
In this instalment, Digital Death Trip has picked two random and distant Victorian locations, and two random tragedies: The 1902 East Malvern Tragedy and 1906 Pyramid Hill Tragedy. Both are ‘triple tragedies’, so run in parallel. They also end up connected in ways that start to seem not quite random.
On November 14th 1906, in a murder-suicide reported as The Pyramid Hill Tragedy, Constable Oliver John Lang killed himself and his two daughters (Olive and Doreen) at Pyramid Hill, an agricultural town in northern Victoria where Lang had been stationed for 5 years. Noting Constable Lang had repeatedly spoken about shooting himself and his family, an inquest found that “a heavy responsibility lies on those hear such words”, especially threats made by “anyone holding a public position such as that of a constable of police in whose hands are often the property liberty and perhaps the lives of others”.
In 1902, in a murder-suicide reported as The East Malvern Tragedy, German merchant Arthur Mueller killed himself, his wife (Cecile) and one of his children (Willy) in a prestigious eastern suburb of Melbourne.
Themes include police and law in settler-colonial contexts: the roles of police stationed in rural areas, and the fragile line of law.
Also Land Law. Land Acts facilitated ‘closer settlement’ and ‘selections’, later ‘soldier settlement’, as tools of colonial expansion. Through land titles, Pyramid Hill was made into a late 19th century agricultural settlement, and police had a vital role in the system’s administration.
Fathers and family law: fathers and grandfathers, and inheritances (good and bad) are key. We discuss custodial law in 19th and 20th century Australia, and the legal principal of “father’s right” through which fathers were always granted custody of their legitimate children. Pre: Family Law Act custodial grievances, we hear Lang killed his family partly from a vendetta against his former father in law, Sergeant Frank Jordon (of East Malvern!).
The stories share knowledge and lies: advanced lying skills central to traditional morality and legitimacy, unnoticed patterns, unknowing, and what you can or should do with knowledge. Rumours of “certain allegations” were one reason given to explain Lang’s violence, otherwise attributed (as with Mueller) to a fit of mania. Jordon, meanwhile, seemed to know what was coming but be powerless to stop it.
There are echoes through to a recent mystery in Pyramid Hill, the disappearance of heavily pregnant intellectually disabled woman Krystal Fraser in 2009. Police suspect Krystal was killed by the father of her unborn child, and that people in Pyramid Hill know what happened but are not coming forward.
A final theme is cultural references to ‘ghost towns’ that seem isolated not only in space but in time. Wake in Fright, Twin Peaks, The Shining, 100 years of Solitude, Blazing Saddles. And country song Long Black Veil: “nobody knows, nobody sees, nobody knows but me”.
Featuring a wintery visit to the Pyramid Hill op shop, cop shop, abattoir, and cemetery. Factoids of early railways, cinemas, mobility scooters, migrants, TB, police filing systems.
And a specially written Taylor Project song, closing with: “on the hill there is a lookout, I can see that long dark train, even when you close your windows, it comes back again, there’s a ghost upon the hill”.