The Outrage at Mount Beckworth 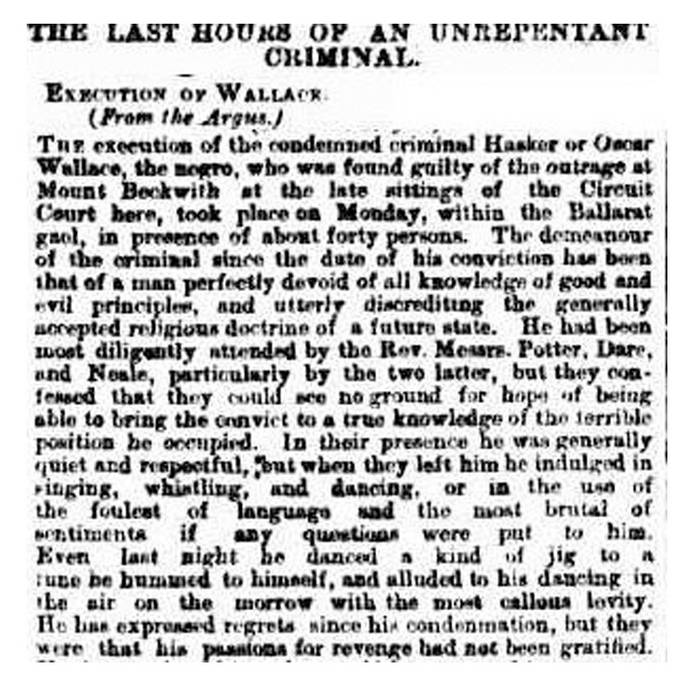 The song “The Outrage at Mount Beckworth” was written and recorded by Andrew for the “Convict Paradise” collaborative CD and show, based on Liz’s research into the last words of executed prisoners in Victoria. The song is largely based on the reported last words of Oscar Wallace, who was executed at Ballarat Gaol in August 1873. The crime for which Oscar was hanged was coined “The Outrage at Mount Beckworth”.
The newspaper articles the song draws upon were found using the "Trove" database. Described variously by the oldendays press as “the negro”, “the ruffian”, “the unrepentant criminal”, “the American Black” or “the negro Wallace”, Wallace broke several then-standard rules of last rites for prisoners. The agog press reported that he had “danced a kind of jig to a tune he hummed to himself” in his cell the night before his execution. His last words on the gallows began with "I cannot speak with this rope around my neck..." and culminated with "Then I'll go to hell!".